Learning from History Redux: The Physicists Pile On 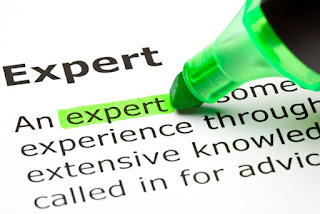 In my last blog post I pointed out that nearly all experts on negotiation and international conflict have piled onto one side (the supportive side) of the nuclear deal with Iran. I also noted that this has happened before (Iraq), and that we ignore this kind of expertise at our peril.

Now a group of physicists has sent a very public letter to the White House with a very similar message. These aren't just any physicists - they include Richard Garwin, one of the inventors of the hydrogen bomb, as well as Frank von Hippel, Freeman Dyson, and some 26 others. Some of these guys have Nobel prizes; several of them have had Q-clearances to work on nuclear weapons. One of them ran the Los Alamos weapons lab for over a decade. Important note: if you don't know who any of these people are, you should probably go read their bios before expressing further opinions about nuclear arms control.

The letter is well worth reading (click the link above, it will take you right to it) because of the specific and detailed commentary on the agreement. You won't see most of these points in the public debate, because these are the kinds of details that politicians and journalists don't understand. As my colleagues over at the Air Force Institute of Technology like to say, sometimes it does take a rocket scientist.

At this point, if you still want to argue that this is a "bad deal" you don't much left to stand on. The group of scientists signing this letter collectively have centuries of experience working with nuclear arms control at the highest, most insider levels. They have proved their devotion to the security of the United States. They know what they're talking about, far more than any of the rest of us. In short: we should listen to them.

I don't expect any of the people running for the GOP nomination to pay any attention to this, of course. But it gives the rest of us a chance to demonstrate which side of the real divide are we on. Do we stand with science, evidence, reasoned argument, and the hope that these tools can help us come to a common understanding of the world? Or do we stand with the tribalists who divide through fear, reject the common search for truth, and adopt the language of science only when it suits their purposes? Politicians always reason backwards from the answer they want. But we only make progress as individuals, in communities, and as a species when we reason forward from ideas and evidence to conclusions and when we are willing to adjust in the face of new evidence. Some among us have a lot of practice in doing so. We should listen to them and heed their advice.
Posted by R. William Ayres at 6:00 PM