The Coxswain as Leader 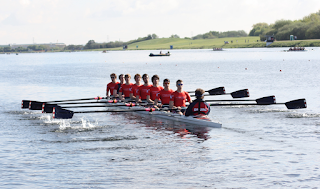 In my line of work I think a lot about leadership. What makes a good leader? What makes for effective leadership? How can I be a better leader, and a better follower, where I am right now?

On a seemingly separate note I have been participating in a virtual Lenten series this year that has drawn material from a book, The Boys in the Boat: Nine Americans and Their Epic Quest for Gold at the 1936 Berlin Olympics by Daniel James Brown. In the series we have read snippets of the book and have talked about rowing as a metaphor for life as a whole.

In the kind of eight-oar shell discussed in the book, there are nine people: eight rowers (each with a distinctive role to play) and a coxswain, or cox. The cox rides in the back of the boat, calls the pace for the rowers to follow, and steers the shell. In that sense, the cox looks very much like a leader.

But being a good cox is not about barking orders (though that's what it looks like on the surface). I think there are a number of lessons that leaders can learn by looking at what it takes to be a good cox:

• Coxes are always the smallest person in the boat. This is to reduce weight and drag, to make the boat lighter and therefore faster. Good leadership is often about not being a drag on your organization and not letting your weight get in the way.

• Coxes don't actually move the boat forward. A cox, sitting alone in a shell and calling time, accomplishes nothing. It is the oarswomen or oarsmen who actually make the boat move. Leaders must recognize that the success of their organizations relies on the efforts of others far more than on their own.

• The cox steers the boat with a small rudder mechanism. This mechanism can be easily overmatched by what the rowers are doing. If the rowers are pushing the boat one way and the cox trying to steer another, the rowers win (and sometimes the rudder breaks). A leader's ability to steer an organization is only as good as her or his ability to get the people doing things in the organization to agree on where things should go.

• The speed of a shell is ultimately a function of swing - a state in which each of the rowers is performing her task to the best of her ability and also in perfect synchrony with the others. Each is an individual and each has her own strengths and distinctive characteristics, yet all are harmonized together. It is the job of the cox to create and sustain this state. Leadership is not about being "in charge". It is about getting groups to work together with each other in ways that not only maximize their own individual potential and ability, but harmonize with each other.

It takes a long time, a lot of practice, and a lot of work for a crew to develop swing. Many never do. In the absence of this state, coxes can yell louder or faster, but the result is generally not a faster shell. Worse, faster and louder yelling by the cox can cause the entire boat to capsize and the rowers to get hurt.

In this time of crisis, our organizations are discovering the truth about ourselves. Our leaders are yelling louder and faster, and steering our boats in suddenly new directions. The organizations that have done the long, slow, laborious work of developing themselves, of tuning their capacity for swing, will do OK in a crisis. Those that have not will flounder still more.

There's one last observation about leadership-as-coxswain. It's not about the individual leader. The best cox in the world could step into a shell with eight rowers she doesn't know and produce terrible results. Coxes only succeed based on the relationships they have built with their rowers and the relationships they have fostered among the rowers themselves. Hiring a great cox won't make the boat faster. Hiring one with the right skills and mindset, and letting that leader do the work over the long haul, will.
Posted by R. William Ayres at 11:53 AM No comments:

Email ThisBlogThis!Share to TwitterShare to FacebookShare to Pinterest
Labels: Leadership 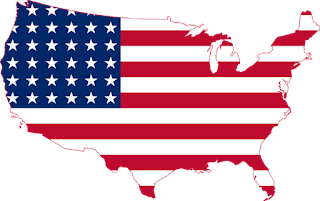 It's been over a year since I've written anything on this blog. Why this is so is a matter for another time. And I don't know how often I will continue writing, if at all.

I'm returning to writing today to state the obvious, in the hopes that if enough of us say this it will have some impact. I hope lots of other people will say it too. It's not an original thought to me - I'm just one voice in the chorus.

The lesson we are facing, as we all go into lockdown to try to slow the spread of a pandemic that may overwhelm our hospitals and kill hundreds of thousands of Americans and millions around the world, is simple: when it comes to government, competence matters.

In short, everything we have been focused on in our politics for the last several years is irrelevant. And if we keep conducting our politics on that basis, they too will become irrelevant.

This is important, because one faction within one political party - the Republican Party - has been trying to argue that competence doesn't matter. This is not a partisan dig, nor a new discovery. It's simply an observation. Some Republicans, from Newt Gingrich (at times) to Grover Norquist to a host of others, have been selling their supporters on the notion that Government is Always Bad. That the best thing to do with government is to shrink it down small enough to be drowned in a bathtub (to borrow Norquist's colorful phrase).

We now see the consequences of that view. Beyond their wildest hopes and dreams, this view has helped elect an administration, and create a host of believers, who eschew science, who replace expertise and knowledge with loyalty, and who view facts as either weapons or conspiracies of the enemy.

Governments exist in large part as insurance against exactly this kind of event. Pandemics are natural disasters on the grandest scale. They demand a collective response. Collective action requires a coordination point and enforcement. Only effective government can provide effective collective action.

This will not be the last pandemic. There will be more, just as there will be other events that demand a collective response.

Later this year we will hold elections. There are people in both parties who believe in competence. New York's Andrew Cuomo, a Democrat, is one. Ohio's Mike DeWine, a Republican, is another. Find these people and elect them. Elect more like them. Vote out anyone who has shown indifference, even hostility, to competence - to facts and science and what is real.

Lives are depending on it.

Posted by R. William Ayres at 9:20 AM No comments: