Guns Are Often Not the Best Tool 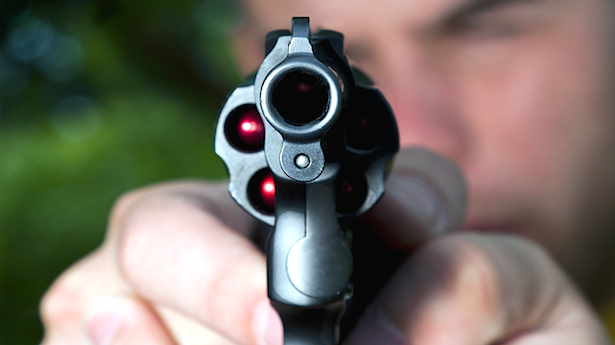 I have made the point here before that I am neither a strict pacifist, nor do I believe that guns cannot be used for legitimate self-defense purposes (here and here). I believe that, on balance, guns are often not the best tool for self-defense; they are certainly not the panacea that some seem to want to claim. But I do not come at this issue as a fanatic, either pro-gun or anti-gun.

From that standpoint, the following story is an interesting one. It is told by a gun owner, about another gun owner who appears to be both responsible and thoughtful - not a "gun not", and not a proponent of openly carrying guns either for symbolism or for deterrence:

I appreciate this fellow's perspective, and the restraint which he showed in this situation. He is certainly correct that the best use of a gun for self-defense involves NOT pulling the trigger. I give him props for properly noting that situational awareness is the best defense. I think he's also probably right in his conclusion that openly carrying a weapon in this case made the defender a target - that had he not been carrying his weapon visibly, this fellow would not have attacked him at all. There's an irony there, but I'll leave that for others.

Those who have read my writings on this subject before know that I prefer unarmed means of self-defense where possible, and am a proponent of traditional martial arts in particular (though there are a great many "non-traditional" systems, including Russian Systema and Krav Maga, which can be highly effective as well). Interestingly, the story linked above actually helps make that point - this fellow would have been better off had he not been carrying at all, even if the other guy still attacked him, provided that he was ready to deal with such an attack.

The story itself is fairly simple: a stranger grabs a baseball bat from a rack in the aisle of a store and takes a swing at the protagonist's head with it. Here's the meat of the story:


The man picked up a bat from the bat rack, and without warning, drew back and swung it at Mr. Walker’s head with full force.

Unlike most people who would have frozen due to the unexpected nature of the attack, or who would have reflexively recoiled away, Mr. Walker stepped forward into the swing and turned his shoulder into his attacker. His reaction both reduced the force of the blow, and kept his assailant from making a potentially deadly strike to his head.

Mr Walker then stepped back to create distance and drew his open-carried Sig Sauer P226 in .357 Sig, racked the slide the chamber a round (he carries it on an empty chamber), and ordered his attacker to the ground.

Martial artists will recognize this scenario - the baseball bat attack is one of the most common "armed attacker vs. unarmed defender" scenarios we use in training. And this guy's first reaction - to step in rather than out - was a good start.

From there, however, the best next step would have been to control the attacker, taking away his option to continue the attack by immobilizing the arm, taking away the bat, or preferably both. There are dozens of ways to do this, and most reasonably experienced martial artists could think up two or three of them on the spot.

So while I applaud the defender in this story for his restraint in not firing his gun, the fact that he didn't is not because of his virtue or skill - it's because the attacker chose to comply rather than continue the attack. As many in the self-defense community will tell you, that's a weak reed on which to hang your fate.

By his own admission, the defender "stepped back to create distance" - let's assume six to eight feet at most, a quick couple of steps. That would take him out of immediate swing range, but not so far that the fellow with the bat couldn't try again. A determined, or crazed (or drugged-up) attacker could very well do so.

This is where watching movies and TV gets us in trouble. On screen, there is a certain narrative omniscience - we see that the good guy has a gun, and the bad guy sees it to. But what if, in this case, the bad guy didn't see the gun? Or what if his judgment was impaired, or he thought he could get the swing in before the gunman pulled the trigger? Any of these is possible in the real world, and experienced cops and prosecutors will tell you they all happen.

At that point, our gun-armed defender faces a terrible choice. An attacker with a baseball bat who has already swung at him once is 6-8 feet away and charging again. That attack is going to land in 0.5 seconds, tops. In that time, the defender must make a life-or-death choice: to fire or not. Both choices can lead to disaster. It's a terrible position to be in - shoot or don't shoot, either can ruin your life.

The martial artist does not face this same choice, having a range of tools at his disposal. In response to the initial attack, he can take away the bat and immobilize the attacker. He can strike in a way that injures, but does not kill. He can break the attacker's arm, rendering another swing impossible. He has a wealth of options, limited only by his training, his skill, and his imagination. Almost none of those options leave anybody dead.

Every attack is different. One problem in debates over self-defense is that they are anecdote-based: we present stories or make up scenarios and then argue that our preferred method would be the best way to deal with this situation. Rarely in life in there one answer to everything. But in self-defense, guns present for me too stark a choice: kill or be killed. I prefer to leave matters of life and death to others, and to try to fill my toolbox with skills and abilities to cover a scaleable range of possibilities. I applaud this gun owner for the outcome of this case. But he would have been better off with training and practice in place of the gun.
Posted by R. William Ayres at 9:30 AM

Email ThisBlogThis!Share to TwitterShare to FacebookShare to Pinterest
Labels: Gun Control, Martial Arts, Self Defense, Use of Force