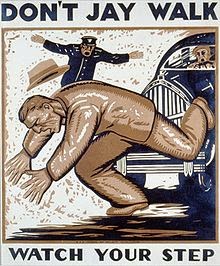 A series of events - mostly fatal shootings of unarmed black men and boys - have sparked protests and conversations about a lot of important things involving police and law enforcement: racial profiling, the use of lethal force, body cameras, and "blue wall" police culture. I don't know how much actual progress is being made on these issues, but at least they've been brought up in the open.

Since this is America, much of the public discussion has fallen along the usual Red/Blue political lines, with liberals (politically aligned with the black community) taking up the protest cause while conservatives (historically the more "law and order" party, although the libertarian wing is a little uncomfortable with this) have generally backed the police. The involvement of prominent public figures, including NYC Mayor Bill DeBlasio (married to a black woman) and President Barack Obama (the nation's first black president), hasn't helped much, not because they haven't said useful things but because their very presence divides audiences (and in particular the chattering class of punditry) along political-tribal lines.

And while there has been some helpful movement on the issue of police wearing body cameras - nearly everybody from both sides agrees that more is better here - I suspect that most of the rest of these issues won't see much progress either nationally or (in many places) locally. Once the outcry from a particular incident dies down there's a tendency to go back to our default mode, which is to defer to the police on matters of policing.

This, in my view, is a mistake. Yes, police have training that the rest of us don't (though many of the objectionable behaviors are not necessarily a part of that training) and the best among them have years of experience and careful study on how to go about doing police work well. There needs to be a professional police voice in the conversation. But that voice cannot be the only voice, for two reasons. First, it is clear that some police forces have developed dangerous cultures of impunity that will find ways to hide or justify a lot of behavior that the rest of society wouldn't tolerate. But second and more importantly we live in a democratic society, which means that ultimately we determine for ourselves how we are governed. Which includes the rules by which police interact with the rest of us.

For an interesting (if somewhat disturbing) case in point, check out this article and watch the video embedded within it:

The video (less than a minute long, it features police dashboard camera footage along with a local newscaster reporting on the story) shows what appears to be a rather violent response to what, for most folks, barely qualifies as a crime: jaywalking. It's true that the video clip doesn't show the initial interaction between professor and officer, nor does it have audio. So there may be parts of the interaction here that we're not seeing.

That said, this seems a bizarre escalation for a jaywalking case. And those of us who study conflict know that escalation takes two active participants. Meaning that the escalation of this incident from simple jaywalking to violent unarmed combat is at least 50% the responsibility of the police officer. He had other options. He either chose not to use them, or was not trained in their use.

This is the conversation we need to be having: how do we expect our police to treat us? What are appropriate techniques for both escalation and deescalation, and when should they be used? In a great many of these cases, the police response is based on an "obey whatever I say or suffer the consequences" logic. Is that what we want as a society? If a police officer walks up and takes a swing at me, am I forbidden to defend myself just because he has a badge?

I don't think there are easy answers, because police do have to protect themselves and sometimes the people they interact with are dangerous criminals who are quite willing to do them harm. We want police to be effective in helping to keep the rest of us safe. But we don't want them beating us up in the process. What would be most helpful would be a dialogue between police and the communities they serve. Perhaps in some places this is happening - I certainly hope so. Because there's not nearly enough of that kind of conversation - and that, I think, is the responsibility of all of us.
Posted by R. William Ayres at 1:18 PM No comments:

Email ThisBlogThis!Share to TwitterShare to FacebookShare to Pinterest
Labels: Conflict, Conflict resolution, Culture, Police, Self Defense, Tribalism, Use of Force

This news story caught my eye this morning:


Milwaukee for-profit Herzing U makes the jump to non-profit

There has been a wave of regulation aimed at the for-profit higher education sector, much of it in response to perceptions that those institutions are getting rich off the backs of their students (and the government) without delivering much of value. There is certainly plenty of data to back up that assertion, as John Oliver pointed out last fall:


Attempts at regulation at the state level, as in Wisconsin where Herzing is based, have been largely ineffective. The Federal department of education, on the other hand, has drafted and imposed some much more stringent requirements on these institutions to prove that they're doing something worthwhile.

Certainly Herzing will now be barred from doing some things - like taking advantage of venture and investment capital - that for-profit institutions can do. But I doubt that very much will change otherwise, at least in the near term. Herzing will continue to teach the students it teaches, in the ways it teaches them, without a lot of short-term change in outcomes.

It will be interesting to see, over the longer run, if the removal of the profit motive changes the institution. Will it begin to make decisions differently? Will it behave more like a mission-driven non-profit than a bottom-line seeking for-profit? It may be difficult to tell, given that some non-profit institutions have become pretty bottom-line driven themselves, but there may be signs of change. Or the shift may be purely cosmetic, and Herzing may go on doing everything exactly as it has been - in which case, expect more for-profits to follow them.

This illustrates one of the challenges of trying to regulate: imposing a set of rules that solves a real problem without creating new ones. In this case, the real problem is the almost scandalous nature of some of the profit-seeking institutions that amounted to little more than scams that profited (as so many financial institutions did during the bubble last decade) from ignorance and the willingness to take on often poorly understood debt. In trying to solve that problem, you can create unintended new problems for institutions that really are trying to extend the benefits of education to a broader base of the population. I don't know if Herzing is one of these or not - but they certainly claim to be.

I think the Feds were hoping that the for-profit/non-profit distinction would be a way to save the baby from the bathwater. If Herzing's move is successful, that will pretty much eliminate that strategy and send regulators back to the drawing board. What they'll come up with next, I have no idea - but I hope that, whatever rules get promulgated, they do more good than harm.
Posted by R. William Ayres at 12:56 PM No comments: