Oregon Occupation: What Kind of Politics Do We Want?

Now that the occupation of the Malheur National Wildlife Refuge by a band of armed anti-government protesters appears to be mostly over, we can step back and see if there's anything to be learned from the whole mess. The answer may be "not much," insofar as the whole thing was a bit of a farce (and widely treated as such) from the beginning, but I think there are some significant points to consider. 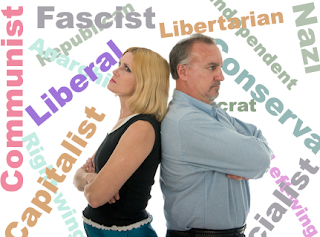 To talk of limits to opposition seems almost countercultural in these days of open political-tribal warfare in which politicians and political organizations have done almost everything short of direct violence against each other. Certainly the rhetoric of most politics, whether in campaigns for office or in the constant, ongoing "debates" over this or that policy issue, does not admit to any limits. The mantra is, we are right and they are wrong and we must do whatever it takes to prevail.

This is great for getting masses riled up (and, as the proverb has it, separating fools from their money), but what does it really mean? The Bundys and their followers apparently took this rhetoric seriously. They had a particular view on government policy towards federally-owned lands, and they chose to arm themselves, occupy a (remote) set of federal buildings, and issue demands until they were met.

Setting aside their views on the particular issues of federal land management and ownership, their strategy was both ridiculous and doomed to failure from the start. It was ridiculous in that no government and no society can function if the means of opposition is to take up arms and issue demands. If groups did this every time they didn't like a policy decision, we would quickly become a country of armed camps. It's an absurd way to conduct politics.

No government, of any kind, is going to give in to demands under such circumstances. To do otherwise would set a precedent in which groups would know that if they want to win on their pet issue, they need to arm themselves and find some federal building (or set of employees) to take hostage. The idea of any government - democratic, authoritarian, or anything else - meeting such a demand is extremely difficult to entertain.

What the Bundy boys did was not just misunderstand the law, or the Constitution. They misunderstood politics fundamentally. In any society, there is ultimately a choice to be made about how resources will be allocated and distributed and how rules will be established and maintained. Either there is a process for establishing those rules that involves consultation and assent from some (or all) of the population, or the rules are established and enforced by whoever has the most and biggest guns. Law and violence are the basic choices here. Either we agree on something, or we fight it out.

Some sympathizers have taken this logic to equate the Bundy movement with MLK and the civil rights marchers. The equation is of course absurd. MLK understood that when you break the law, you face the consequences. He voluntarily went to jail to prove a point, to shock the conscience of the nation. He didn't break the law and then hide behind a gun, daring the government to arrest him. His strategy was clear: he wanted through action and example to convince a majority of Americans that his cause was right and his preferred laws and policies were good ones. In this he succeeded to a substantial degree.

So changing policy through force and demand is out. No matter what political system you operate under, it doesn't work and it doesn't make any sense. Small wonder the occupiers in Oregon have garnered such widespread scorn.

In our current political climate, however, this does leave the rest of us wondering how politics should be conducted. We have seen a decades-long escalation of rhetoric calling for all-or-nothing solutions. Promises to "take back America". Strategies to create a "permanent majority". These things don't involve guns or shooting, but they do call into question what kind of society we want.

If your approach to politics is predicated on achieving some ideal future in which everybody agrees with you, I have bad news for you: there will always be people who disagree. Sometimes there will be more people who disagree with you than agree with you. Sometimes you will be on the winning side, sometimes on the losing side. If you want to participate in society and in politics, you have to accept that. You also might want to consider that you could work with people of differing views to get things done that you both can agree on.

In the end, we forget a key truth: the process is far more important than any particular outcome. There will always be another issue, another policy, another law that we want or hate. But the way we handle and deal with each other in reaching those outcomes, day after day, is in the end what defines us.
Posted by R. William Ayres at 11:55 AM