Why I'm Not Blogging About the Iran Nuclear Deal 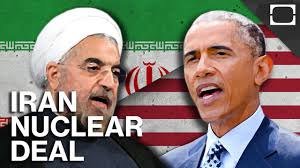 This is not a blog post about the Iran nuclear deal. I've considered writing one, but David Lake wrote a piece much better than I could. My colleague Steve Saideman has already thrown down a marker, and will probably write more good stuff soon. I don't think I can add very much to that discussion, since these guys are smarter than I am and spend more time thinking about this stuff than I do.

This is actually kind of surprising, since 1) I have published stuff on Iran and the Persian Gulf, 2) I got my start in political science studying arms control, and 3) I teach negotiation on a regular basis. I can actually claim some expertise in this area - certainly more than the vast majority of pundits currently crowding the airwaves with their pontifications and prognostications.

That in itself isn't surprising - anybody in my field is used to self-proclaimed "experts" coming out of the woodwork whenever something hits the headlines. On September 10, 2001 there were perhaps a dozen legitimate experts on the subject of international terrorist nongovernmental organizations (al-Qaeda and such). Three days later there were hundreds if not thousands. One my favorite quotes, which I used to put on my door during my days as a faculty member:


Politics is "a subject which no one, however ignorant, thinks himself incompetent to discuss".
- John Stewart Mill, Logic of the Moral Sciences

My primary reason for staying out of the discussion, however, isn't merely that others are better at it. It's that on this issue (as on many), public "debate" has been replaced almost entirely by tribal flag-waving, predictable sound bites, and a complete disregard for either expertise or science. What we're seeing is, except at the margins, not a "debate" or even an argument about the agreement at all. It's a series of statements intended to bolster people's self-importance and signal which tribe they're in.

This is unfortunate, because there is actually a lot of knowledge about negotiations, arms control, and conflict. We have scholars who have spent a lot of time researching these issues. Yet most of the "discussion" flies in the face of what we know. Every negotiation textbook will tell you that only a very great fool will compare the agreement before him with a perfect agreement in which he gets absolutely everything he wants. Good negotiators objectively analyze leverage, consider what is acceptable and unacceptable to all sides, and try to steer the process to get the best possible agreement. Scholars of arms control know that no arms control agreement has ever solved all problems, but that many have contributed to minimally acceptable solutions like stability. Then there are broader questions about the balance of power and its effect on how conflicts evolve and play out.

What we're really seeing, of course, is confirmation bias - something Steve Saideman has already pointed out. The Iran agreement is a Rorschach test, in which people see what they want to see. As someone who has spent his adult life trying to adopt the habits and practices of science applied to social phenomena, this repels me. Science, which all of us do imperfectly even as we strive to do it better, is precisely about rejecting confirmation bias and seeking the truth. I don't see a lot of people in the public arena who want the truth. They want to already Be Right.

So I think I'll sit this one out. If anyone wants an analysis of the agreement itself, send me a copy and I'll look it over. Otherwise, I'll let the pundits and politicians degrade themselves further in ignorance, bile, and personal attacks. Funny as it sounds, I have come to prefer the universe of academic administration - the stakes are smaller and the politics (surprisingly) far less vicious.
Posted by R. William Ayres at 9:57 AM