What Do You Believe? 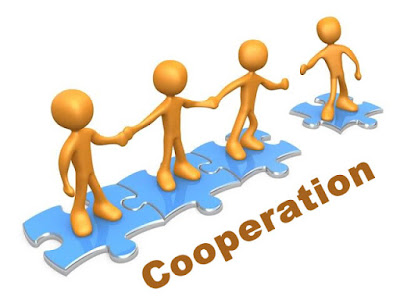 I've spent a lot of time thinking about belief lately, and the ways in which beliefs shape our lives and our behavior. What we believe tends to drive what we do - whether we know it or not.

During the 2008 Democratic Presidential primaries, Hillary Clinton famously criticized Barack Obama's "Hope and Change" slogan with the zingy one-liner, "Hope is not a strategy." The attack failed, of course, and Obama went on to win both the primaries and the election.

Electoral history aside, the important thing here is that Clinton's critique missed the entire point. People don't seek hope in place of a strategy or a how-to manual. People are drawn to hope because they believe in something. Belief is necessary, and then strategy follows. One quote (variously attributed to different sources) puts it this way:

If you want to build a ship, don't drum up people to collect wood and don't assign them tasks and work, but rather teach them to long for the endless immensity of the sea.


Our beliefs and desires are what really motivate us. Everything else is details.

We live in an increasingly belief-free age - or one in which our beliefs are becoming smaller and smaller. On the political stage, "1000 Points of Light" and "Yes We Can" (beliefs in America meant, however imperfectly, for everyone) have been replaced with "Make America Great Again" (with a decidedly smaller and less inclusive "America").

We don't believe our politicians anymore (for many good reasons). We also don't believe in corporations, or religious institutions, or government, or indeed very much else. Polls about Americans' trust in various groups and institutions are usually referenced with regard to what is higher or lower than what, but the overall trend of trust - of belief that someone or something will be good - is down.

Given how politicians, and corporations, and religious leaders, and just about everyone else in the public eye have behaved over the past couple of decades, this decline in belief in understandable. It's hard to believe in things that disappoint or betray you.

But it's also hard to live without belief. Most of us do, in fact, believe some things about the world, though we may not be aware of those beliefs. If we believe that other people are fundamentally untrustworthy, we will act accordingly. If we believe that institutions cannot be trusted, we will not trust them. If we believe that some people ("them") are worth less than others ("us"), we will treat them worse.

I see this in professional life as well. I have worked for a number of colleges and universities over time. Those that have tended to do best, or at least those that have tended to be the most enjoyable to work for, were those where people both in leadership and throughout the organization believed in the institution and its work. People who believe in a place act like as if the institution is both good and capable of being better. People who don't act as if it's lousy and can't get any better.

The problem with a decline in belief is that things get worse for everyone. People trust less and distrust more; listen less and filter information more; cooperate less and attack more.

For all its simplicity, Prisoner's Dilemma still has a lot to teach us. I think its enduring power is because the PD dynamic captures something fundamental about life. In nearly all arenas, and certainly in all communities, we are all collectively better off when we cooperate and we are all collectively worse off when we defect. The more we defect, the poorer (socially, economically, emotionally, and spiritually) we all become.

What can be done? Here, the PD model does offer some hope. The best strategy over the long haul in PD is Tit-for-Tat (TFT). A lot of folks think of TFT in terms of its reactive nature - when someone else defects on me, I defect back at them. That's the part of TFT that our cynical age can get behind.

But the real power of TFT is the opening move, which is always to cooperate. When we begin with cooperation, good things happen. Not every time, and not perfectly. But in the end, it's the only choice that will make things any better.

We cooperate when we share something in common - interests, values, goals, beliefs. When we long for the sea together, we will figure out how to build a ship together, because the sea is our goal. When we believe that our community, or our company, or our nation can be made better - and (crucially) when we agree on what "better" means - then we will find a way to work towards that end. We don't cooperate because cooperation is good for us, we cooperate because we want to accomplish something.

In too many places, we have stopped having conversations about what we believe in, or what we hope for. In a cynical age, we see belief as something for "suckers", for "losers", for people who "don't get it". And so we believe in nothing, or we fall back on unexamined beliefs that often reflect our fears and insecurities rather than our better angels.

I know which world I want to live in. And so, I believe.
Posted by R. William Ayres at 3:23 PM